Our friends at NOTLabs recently milled a design on their MDX-540S using a 3D file from artist and toy designer, Andrew Bell. The results were awesome and we jumped at the chance to talk to Andrew about his design work and the bizarre, unique and super-cool characters he creates.

Born in England but growing up in the States, Andrew now lives and works in New York. He is a leading light in the vinyl toy and toy sculpture world and as production company and brand, Dead Zebra, Inc, he creates highly collectible vinyl toys as well as original artwork and prints. Among his recent achievements is a partnership with Google in which he has brought the Android™ Bot mascot to life with a series of miniature figures and artwork. One of Andrew’s many Android™ Bot creations – is it a bird, is it a plane, no, it’s a super user!


Talking with Andrew about his background in design, he told us about his academic studies in 3D computer art and design at the School of Visual arts in New York and his subsequent design jobs at Marvel Comics and Nickelodeon. However, his simple love of just making things and his desire to plan and build has been with him for as long as he could remember.

“I remember as a kid, I had a set of mini monster trucks. I designed and constructed a special arena for them out of cardboard and Play-Doh.“ 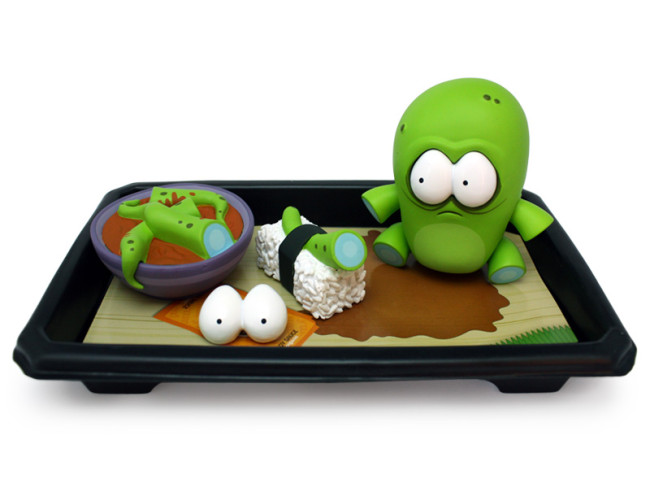 You can still see the signs of Andrew's early Play-Doh influences in his playful and funny “O-No-Sushi” series of collectibles.


Andrew chose toy design as an outlet for his skill and creativity after seeing figures from Hong Kong artists in the early 2000’s and realizing that toys could be more like sculptures and limited edition art pieces instead of merely marketing extensions of children’s animated shows. The idea of a fun and affordable artform appealed to him.

“Each piece was carefully designed and produced to reflect a single artist’s distinct style, color palettes and expression. I thought that my own designs would translate well into the medium. I love having the option of getting a sculpture into a collector’s hand for a few dollars instead of a few thousand dollars.” 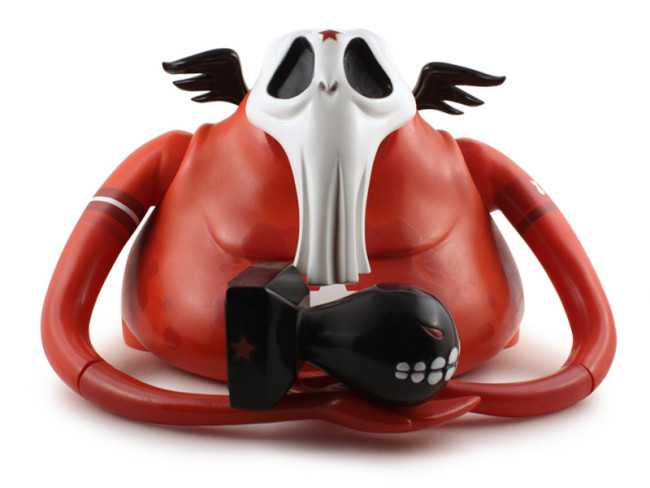 
Talking about his influences, Andrew is mostly inspired by nature, industry, science and history. Fortunately, he lives in the always bustling and busy, New York, where he finds inspiration everywhere.

“New York has plenty of characters, museums and events to draw inspiration from – everything from ancient Tibetan religious paintings and artifacts to skateboarding and video games.” 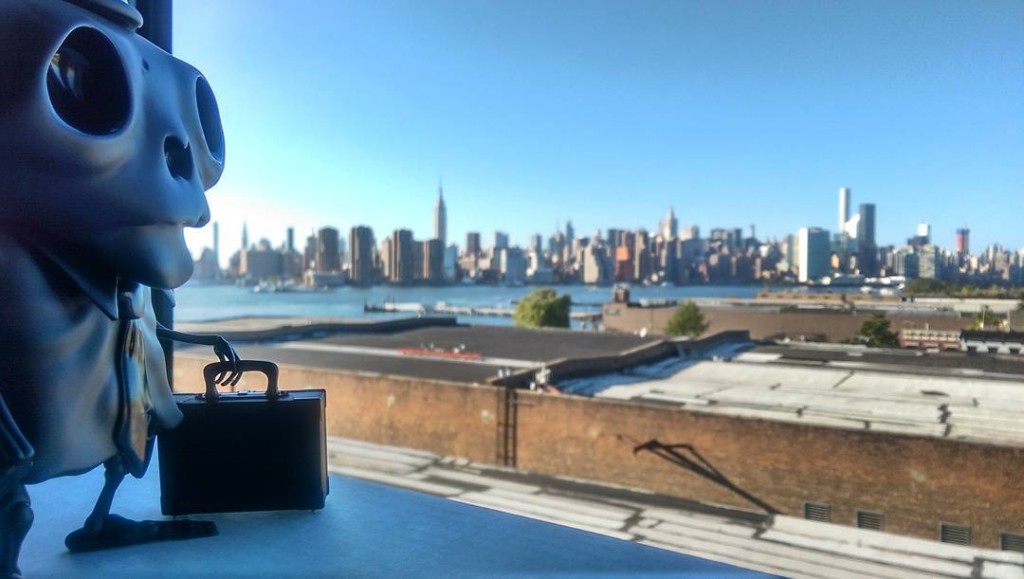 The Karoshi San character looks out over Manhattan and considers all the opportunities and possibilities.


Andrew was involved in the latest NOTLabs milling project in which his popular skull design was milled on the Roland DG MDX-540S from walnut. We asked him if he thought that creating limited edition figures in high-end materials could become a trend.

“There is already a shift towards alternate and high end materials, especially with artists who have been working with vinyl toys for many years. There is something so substantial and satisfying about objects made out of beautiful pieces of wood, or cast into metal. They feel natural, somewhat more serious, and they look great in your house!” 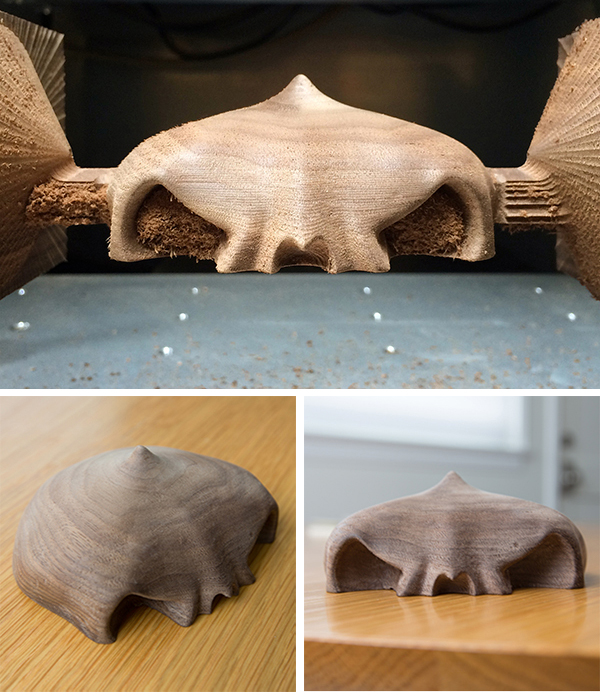 View of Andrew’s skull design in production and the completed prototype, milled in high-end wooden materials on the Roland DG MDX-540S.


Finding new ways to design, customize and manufacture items, is an important way to grow and expand a design and fabrication business, so we asked Andrew if he had any advice for Roland DG design and milling customers who were looking to get into vinyl toys or similar items.

“Try to build up a portfolio and an audience with sculptures and resin casts that you can produce in small quantities before investing in a full production run or pitching a producer. Make sure your work is original and stands-out in what has become an increasingly crowded market.” 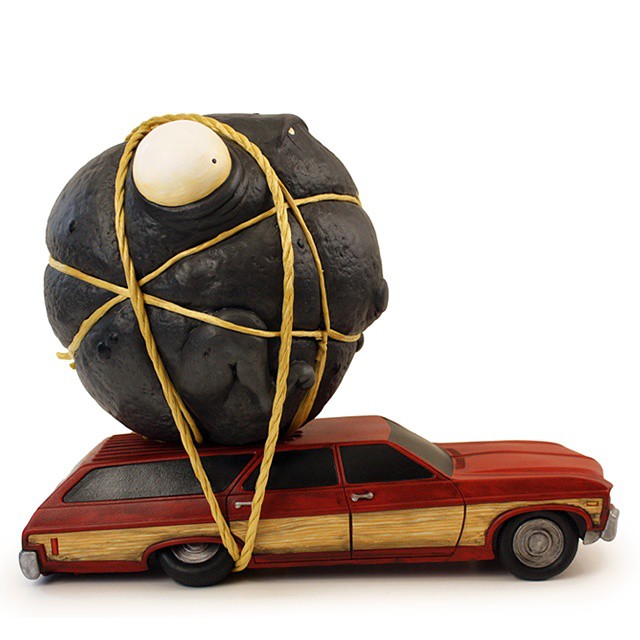 A creature sculpt from 2009 – as Andrew suggests, try to build a portfolio and reputation first, before going into full-production.


It was an absolute pleasure to speak with Andrew and we hope you visit his Dead Zebra, Inc, website and spend a little time with the amazing creatures in his head. Andrew has much in common with Roland DG users in his passion for creating things. As designers, sign designers, fabricators and other creative people, I think this simple longing to create things and to transform imagination into reality unites us all, as he told us:

I suppose I just never quite grew up, what kid wouldn’t want to draw and make toys all day?

< A Closer Look at the Design and Typography of Unique Labels and Products
A Print Wonderland! Take a 3D Look Inside our Roland DGA Headquarters >