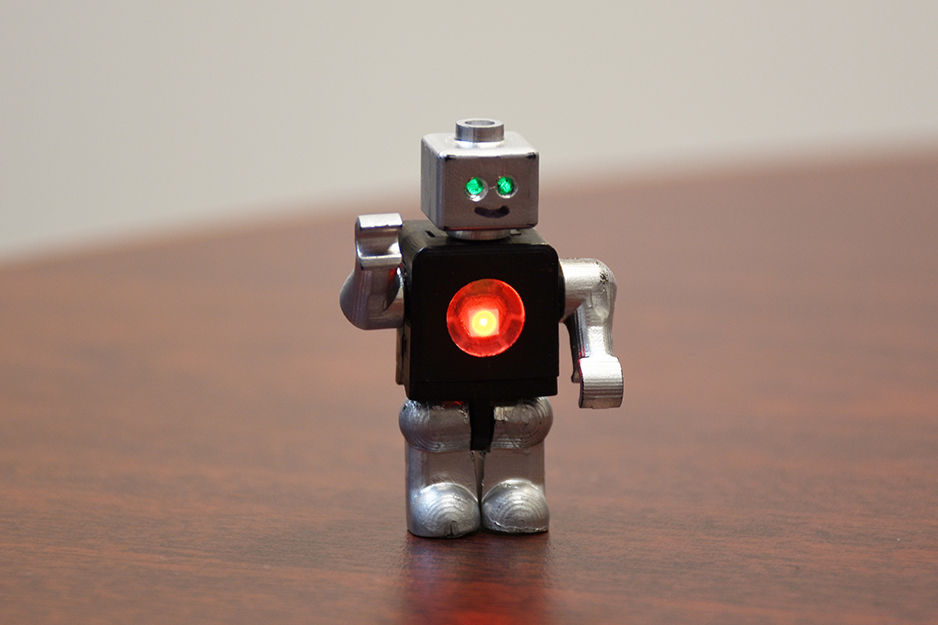 What if you could add light and sound to LEGO-style building blocks? That’s the idea behind Buffalo Grove, Illinois-based E-Blox (myeblox.com). Founded in 2016 by Art Seymour and his sons James and Joseph, their patented technology is, well, electrifying the educational toy market.

Milling Technology for Precision Prototyping
E-Blox Senior Designer Brian Johnson joined the firm after working with Art Seymour for more than 20 years at another company.  “I knew I needed a new prototyping device,” said Johnson.  “I had been using 3D printers but the results were not what we wanted – the accuracy was not there.”


“I would absolutely recommend the MDX to other professionals.”

Johnson chose the Roland DG MODELA MDX- 50 benchtop milling machine.  “The MDX-50 is the perfect size and the fourth axis is a real timesaver,” said Johnson. “Most importantly, it provides the high level of accuracy we need for the blocks.”

Johnson found the MDX-50 extremely user-friendly. In addition to prototyping in ABS, polycarbonate and acrylic, Johnson has used the mill to create wooden mold forms.

“We can get new products turned around in a month or two,” said Johnson. “With our prototyping on-site, I can release the product to our manufacturers as soon as it’s ready.”

Prototypes That Perform
To make his prototypes functional, Johnson needs accuracy to within 5/100s of a millimeter. “The MDX gives me accuracy to within 4.85 millimeters, every time,” said Johnson.  “Its precision and consistency allow me to take actual LEGO blocks and bring them into the design.

“Especially with minifigures, accuracy is paramount. These are intricate parts,” said Johnson. “The prototypes work so well, I can take them to the trade shows and show them off.”

E-Blox just completed a website redesign and anticipates several new products coming out over the next few months.  “Creating new designs on the MDX couldn’t be easier,” said Johnson.

“I would absolutely recommend the MDX to other professionals.”

Solutions for the Classroom