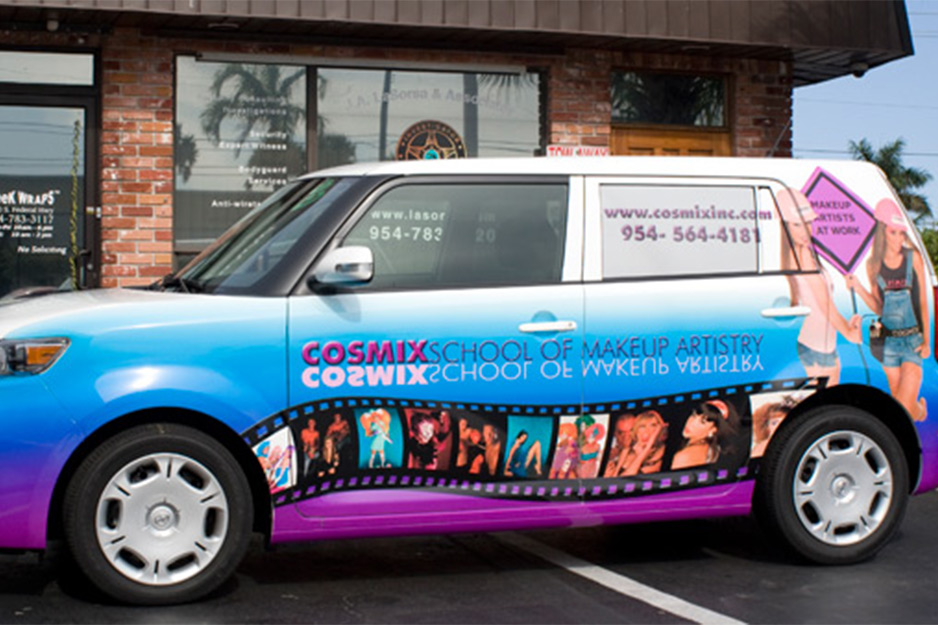 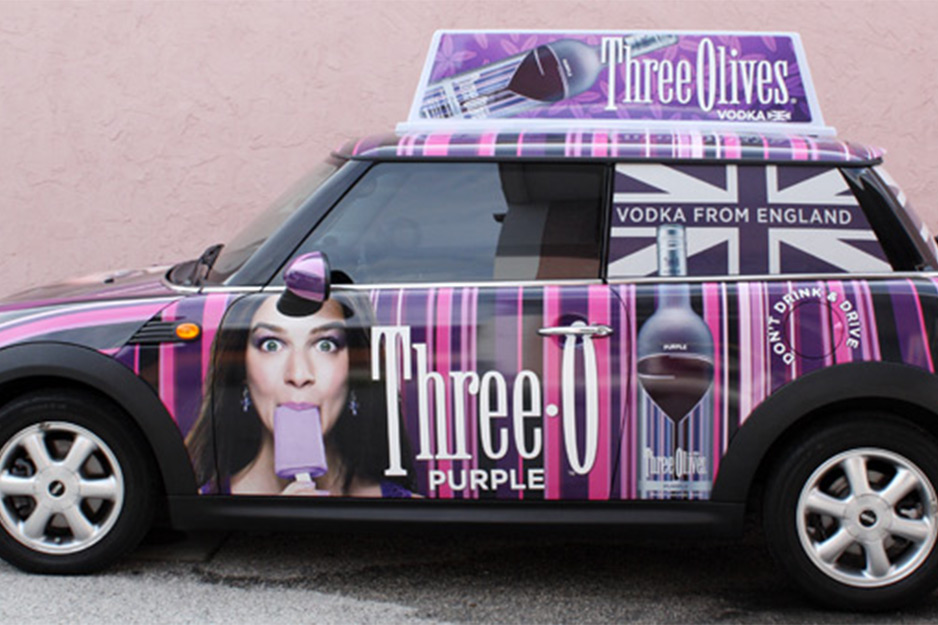 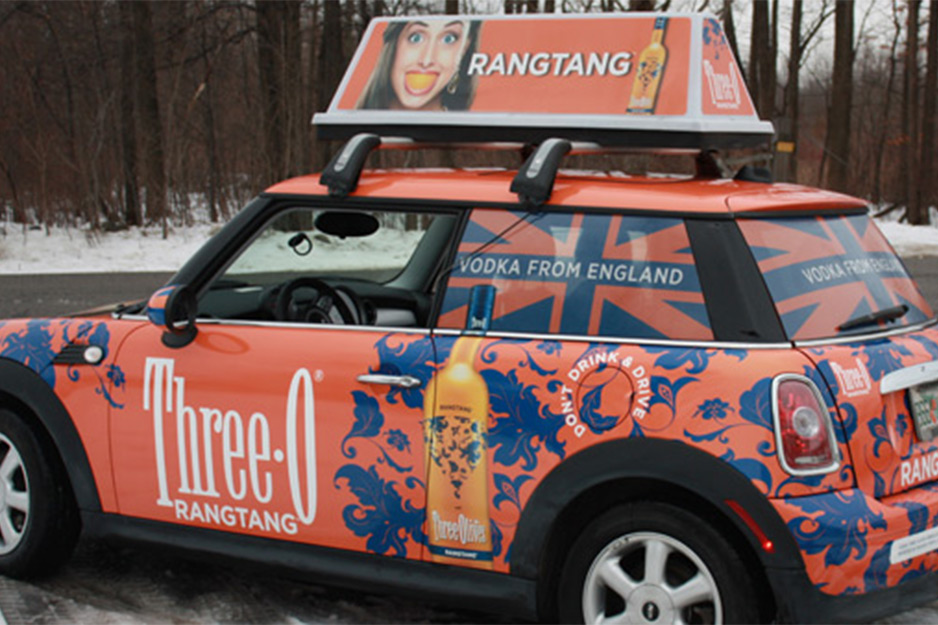 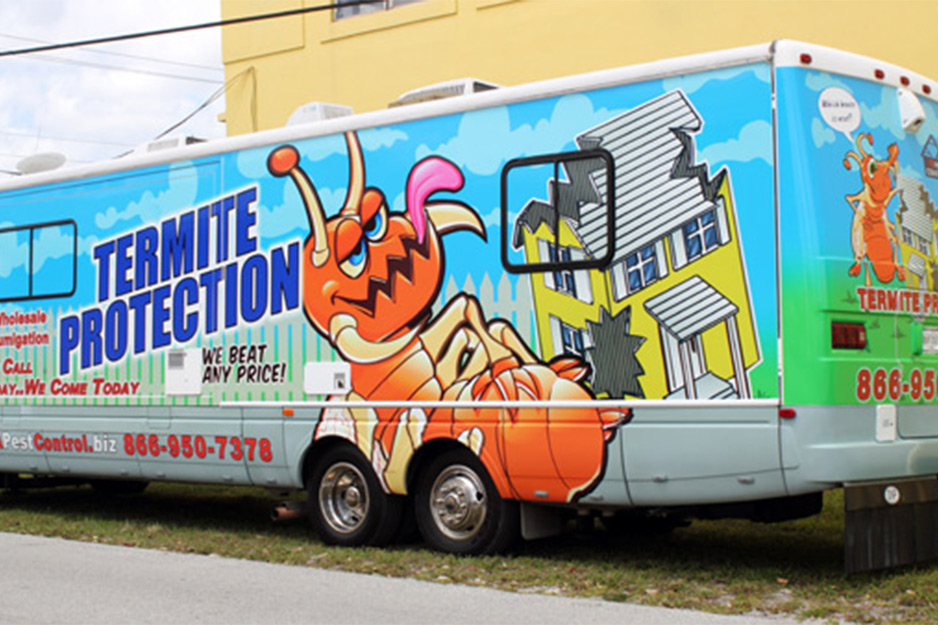 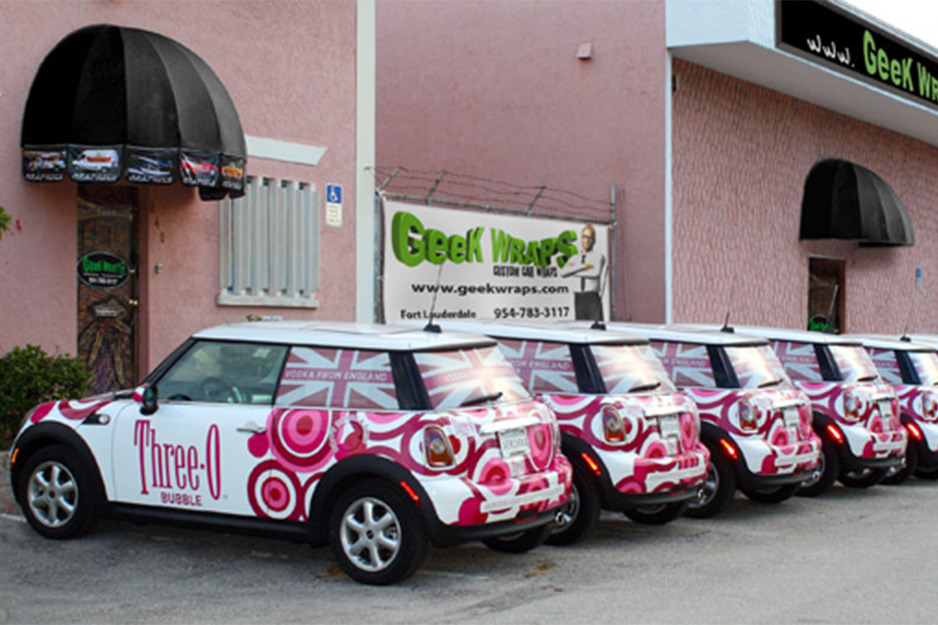 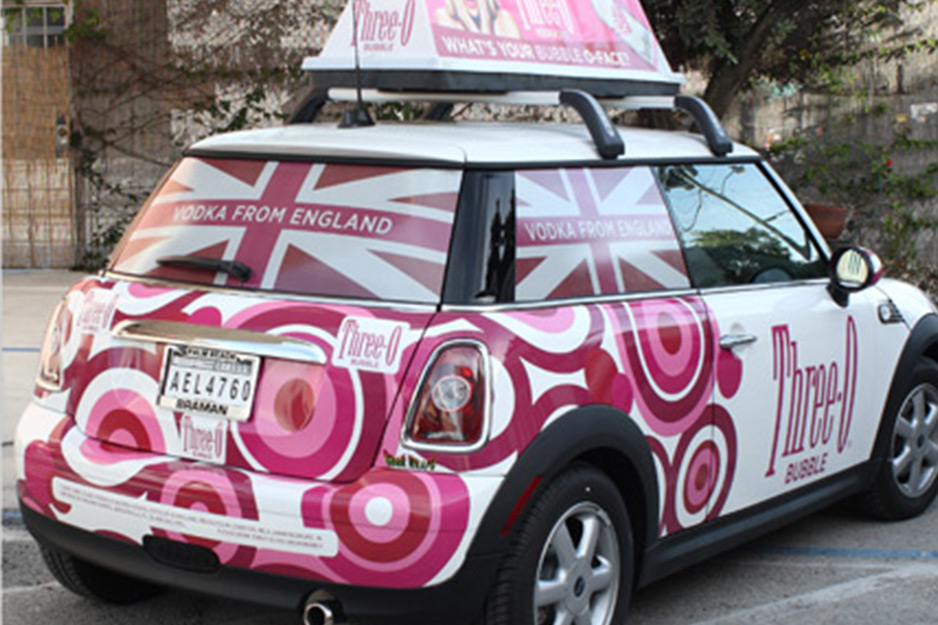 If you've ever seen an episode of the hit television series "Miami Vice" or "Pensacola: Wings of Gold," chances are you've seen the work of Kenny Calman. Calman's wraps were transforming ordinary aircraft into police choppers and naval jets for film, commercials, and television long before the idea of vinyl and digital printing hit the scene.

As a precision driver, pilot, and aerial stuntman, Calman was enlisted to create temporary, detailed replicas of military airplanes, helicopters, and patrol cars. Because it wasn’t realistic to completely re-paint an entire aircraft for every episode or movie, he used a technique called “peel painting” in which he applied paint and decals over a thin layer of latex. After filming was completed, the latex wrap could be washed off and the aircraft or vehicle was easily restored back to its original condition and color. Although times have changed, Calman continues to put his production and graphic design skills to work at his Florida based “wraps only” retail store, Geek Wraps.

Calman first took notice of vinyl vehicle wraps in 1997 when he caught a glimpse of an ad for the show he was working on plastered across the side of a city bus. Curious about how the ad was applied to the bus, Calman called the bus company and Universal Studios to inquire about the process. After learning that the graphics were printed on adhesive backed vinyl, he began to read into vehicle graphics and restyling. When he retired from flying in 2004, he and his wife Kathy bought a Roland DG inkjet printer and opened up shop.

“We needed a dependable, high end printer that would get up and go to work every day” says Kenny, “and with the Roland DG, this is exactly what we have.”

The couple first began their business venture as a graphic design and print studio, but when digital printers started to become staples in the local shops, they narrowed their focus to custom vehicle wraps. The decision to go with Roland DG was easy. Both Kathy and Kenny worked in aviation, production and advertising and they knew the importance of reliable equipment. “We needed a dependable, high end printer that would get up and go to work every day” says Kenny, “and with the Roland DG, this is exactly what we have.”

In the time between his Hollywood days and the birth of Geek Wraps, Kenny began developing “skins” for electronic devices and it was then that he first realized the convenience and precision of Roland DG’s legendary print/cut technology. Aside from quality and speed Kenny has stuck with Roland DG for the “outrageously low maintenance and great customer service.” When describing his experience with Roland DG technical support Kenny said, “The machines run so well, I can only say the service would have been great.”

Geek Wraps is a full service shop and when artwork isn’t supplied by a client, it’s created in house. To achieve attention-grabbing graphics, Kenny and Kathy incorporate 2D and 3D images into all of their designs. Kenny has also developed a line of vehicle wrap installation tools which are available for purchase on his website, accompanied by free instructional wrap tutorials. Every installation at Geek Wraps is done with extreme care and attention to detail and when possible Kenny tries to do all of his projects in one seamless piece to get a dynamic line without piecing or overlapping material. He once installed the graphics for a 37 foot motor home in a single panel.

One of the shop’s biggest projects came when Three Olives Vodka, America’s fastest growing super-premium vodka brand, hired Kenny to help them with their latest flavor launch. Graphics for the new “Bubble” flavored vodka were sent from an ad agency in London where the company is headquartered. The wraps for 11 Mini Coopers were printed and installed at Geek Wraps, and the fleet was sent off to promote the new flavor in major cities across the United States. The campaign was such a success that Three Olives Vodka decided to re-wrap the vehicles for their “Rang Tang” flavor launch just months later. Now, 8 more Mini Coopers have been added to the fleet and all 19 are being wrapped for the newest flavor, “Purple.”

“There was never a doubt that the Roland DG would live up to our expectations,” said Kenny. Geek Wraps has been powered by Roland DG equipment from the very beginning and to date, all of the wraps displayed in their online gallery have been printed on their SOLJET 54” inkjet printer/cutter.