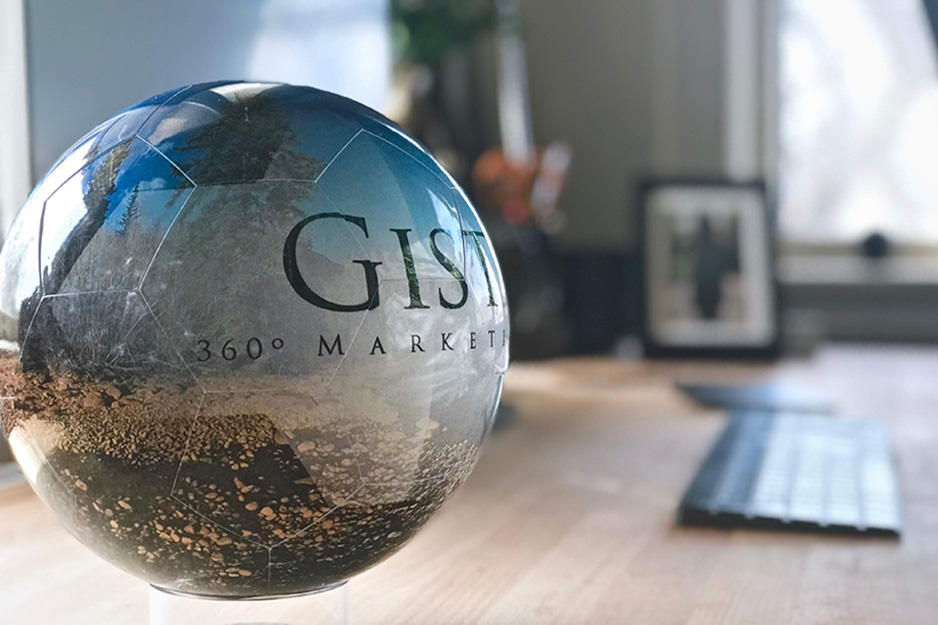 Brian Lukis and Matt Hartloff, friends from St. Louis Park, Minnesota, knew they were on to something. While working together at an injection molding company, Hartloff developed a spherical structure that could be easily assembled.  Lukis, who is also a 360-degree photographer, said,  “what if we printed a 360-degree photo on there?”

In 2017, they founded Snapspheres.com. “People have really responded to our product.  If you can print on the entire surface of a sphere, you can create a tangible experience of a 360-degree image,” he said.

UV Printing for the Win

To bring their spheres to life, the duo invested in a Roland VersaUV LEF benchtop UV flatbed printer.   “The LEF is perfect for our production. It accommodates the curve of the tiles, and the bed fits all of the tiles required for one sphere. Plus, the print quality is fantastic,” said Hartloff.

“The LEF is perfect for our production.”

Snapsphere’s patented design is created from injection molded polycarbonate tiles that are individually printed, then assembled with magnets. “Polycarbonate doesn’t shatter,” said Lukis.  “The first thing kids want to do with the spheres is play egg toss, so it’s fortunate that Roland’s UV inks can take a beating.”

To create the images on their LEF, Snapspheres first lays down white ink, then prints the image, then adds a thick layer of gloss.  “The gloss brings out the vibrancy of the colors – the images really pop,” said Lukis.

The pair looks forward to manufacturing other designs, like planets. “With the LEF, we can stack up the gloss layers to create a relief map of features such as mountains,” said Hartloff.