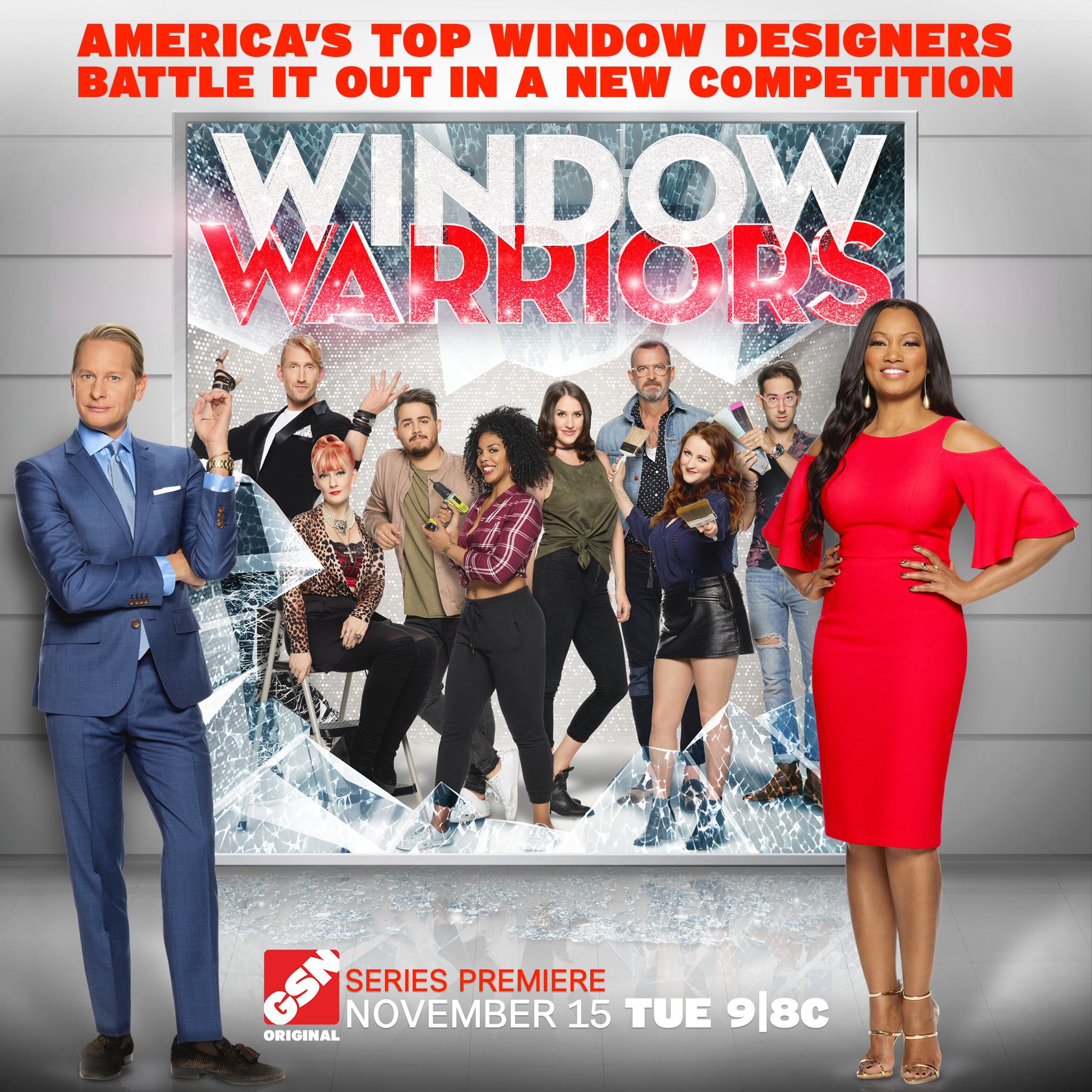 Irvine, Calif., Nov. 10, 2016 – Roland DGA Corporation, a leading provider of wide-format digital printers and other advanced digital devices has signed on as a promotional partner on “Window Warriors,” a new skill-based competition series premiering on the GSN on Tuesday, November 15 at 9 pm ET/PT (8 pm Central).  Roland devices play an important role in the series, with the company’s innovative printers and vinyl cutters serving as key creative tools for the show’s window designers vying for the $100,000 grand prize.

Hosted by actress Garcelle Beauvais (“Hollywood Today Live,” “Spider-Man: Homecoming”), GSN’s “Window Warriors” lifts the curtain on the intensely competitive and theatrical world of visual merchandising. The new series brings together art and commerce, as the country’s most talented window designers are challenged to design and create jaw-dropping displays each week. In each episode, the contestants are given a new theme that correlates with one of the promotional partners, with one person sent home each week until the final top designer remains.  Along with the $100,000 cash prize, the winner will receive the opportunity to design a holiday display for a major retailer in New York City and will be featured in design:retail magazine.

“We’re thrilled the producers chose Roland equipment for GSN’s ‘Window Warriors,” said Andrew Oransky, president of Irvine, California based Roland DGA. “These innovative devices will help the competitors make the most of their creative talents and produce impactful graphics on a variety of materials for their window displays. They’ll also be able to incorporate Gloss and White inks to produce stunning dimensional and textural effects that really pop.”

“Window Warriors” comes from Michael Levitt Productions, the team behind GSN’s most watched original series ever – “Skin Wars.” Executive producers include Michael Levitt (“Skin Wars,” “Kathy Griffin: My Life on the D-List,” “Billboard Music Awards”), Jill Goularte, and Liz Cook.  Award-winning visual merchandising icon Paul Olszewski is consulting producer, and Douglas Little, a master in the world of visual merchandising, serves as a judge and creative consultant for the show.