Roland DG Announces Changes to Board of Directors | Roland

Roland DG Announces Changes to Board of Directors

Among the announced appointments, Hidenori Fujioka, previously Director and Executive Vice President of Roland DG, was named Representative Director, President of the company. Fujioka joined Roland DG in 2014 as an advisor to the company after serving as Director of RISO KAGAKU CORPORATION. Fujioka earned acclaim at Roland DG for streamlining the R&D process in order to reach strategic goals more efficiently, and for strengthening and diversifying the company’s core technologies to enable the company to quickly develop a variety of new products and solutions that deliver added value. He also led the creation of a new mid-term business plan. In implementing the plan, he will capitalize on his previous knowledge and skills as an engineer, as well as his experience in building new businesses and managing global companies.

David Goward, previously Director of the company, was promoted to Executive Vice President, Director. Goward is responsible for Roland DG global sales, marketing and service. With extensive sales and marketing experience for the Roland DG group, he will serve as the key individual to implement the mid-term business plan and to transform the company into a truly innovative organization on a global basis. In 1994, Goward joined Roland DGA Corporation, the company’s subsidiary responsible for distribution, sales and marketing of DG products in the Americas, where he remains Director and CEO.

Katsuhiro Endo was named Outside Director. He was previously External Audit and Supervisory Board Member of the company.

Mitsuhiro Honda was appointed External Audit and Supervisory Board Member. He is currently Professor, Graduate School of University of Tsukuba.

Meanwhile, Robert Curtis, previously Director, Vice Chairman, has retired from the company. Curtis joined Roland Corporation U.S. in 1987 as sales manager and, in 1990, became Vice President and General Manager of the newly formed Roland DGA Corporation. In 1997, he was named President and CEO of Roland DGA, a position he retained until 2007. He became Chairman of Roland DGA in 2008, and was also appointed director of Roland DG that same year. As Chairman of the Global Executive Committee (GEC), Curtis was instrumental in unifying company employees from many cultures, backgrounds and disciplines, as well as transforming the headquarters and the independent, international Roland DG operations into one global entity.

According to Masahiro Tomioka, Roland DG Chairman, the changes and appointments follow the successful completion of the company’s GlobalOne structural reform and the start of a new five-year mid-term business plan beginning in FY2016. “Through aggressive investments, we strengthened both R&D and sales & marketing while completing a revised organizational structure that facilitates working more closely together to meet the ever-changing business environment and customer needs. We also promoted the best people from around the world to enable us to take on group-wide initiatives to drive sustainable growth and create multiple pillars of business to meet the needs of the coming era. I believe these appointments will help us continue to grow and strengthen our worldwide leadership market positions,” Tomioka said.

Roland DGA Corporation serves North and South America as the marketing, sales and distribution arm for Roland DG Corporation. Founded in 1981 and listed on the Tokyo Stock Exchange, Roland DG of Hamamatsu, Japan is a worldwide leader in wide-format inkjet printers for the sign, apparel, textile, packaging and vehicle graphics markets; engravers for awards, personalization and ADA signage; photo impact printers for direct part marking; and 3D printers and CNC milling machines for rapid prototyping, part manufacturing and the medical and dental CAD/CAM industries. Roland DGA is ISO 9001:2008 certified, and Roland DG is ISO 9001:2008 and 14001:2004 certified. 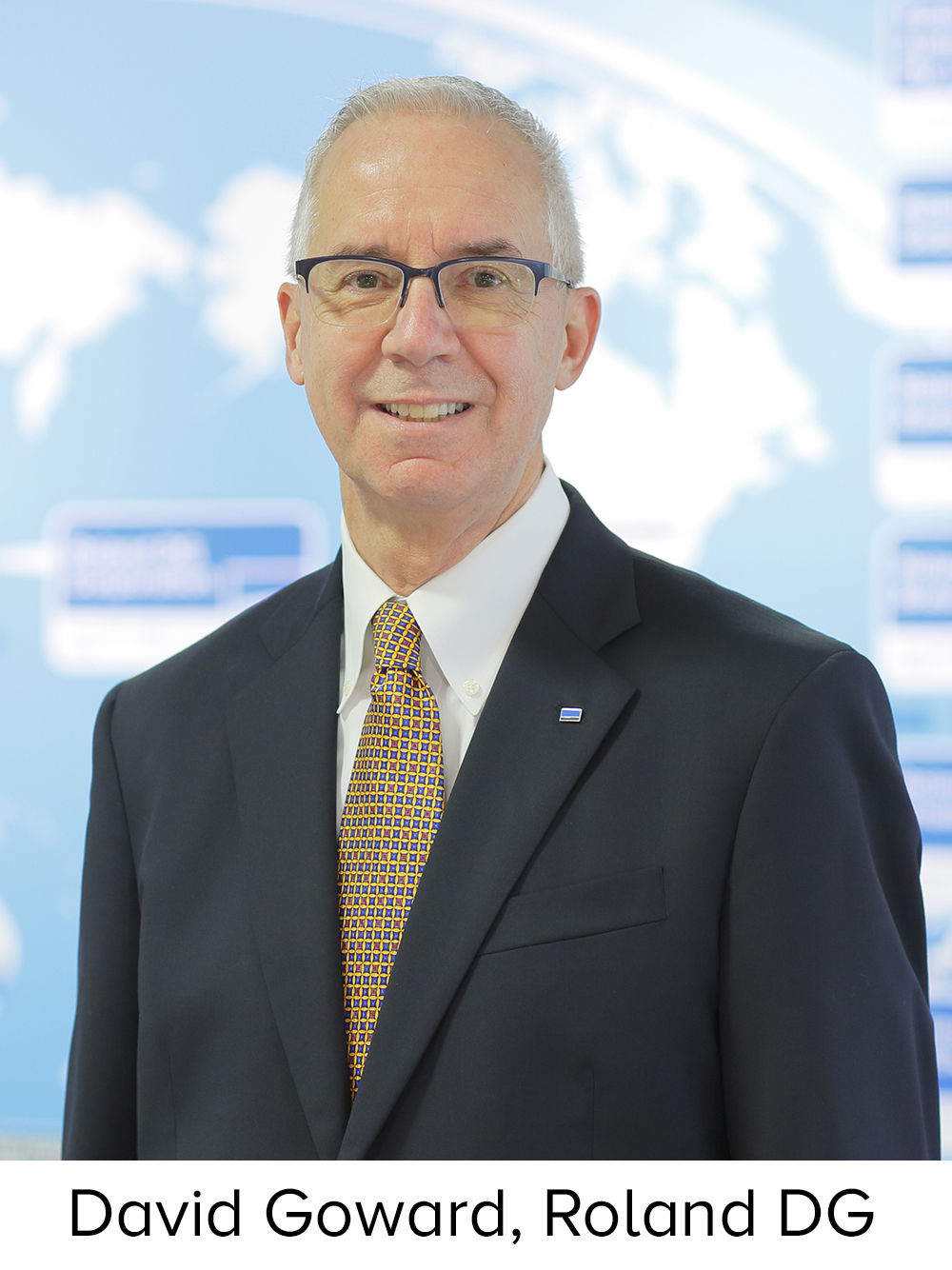 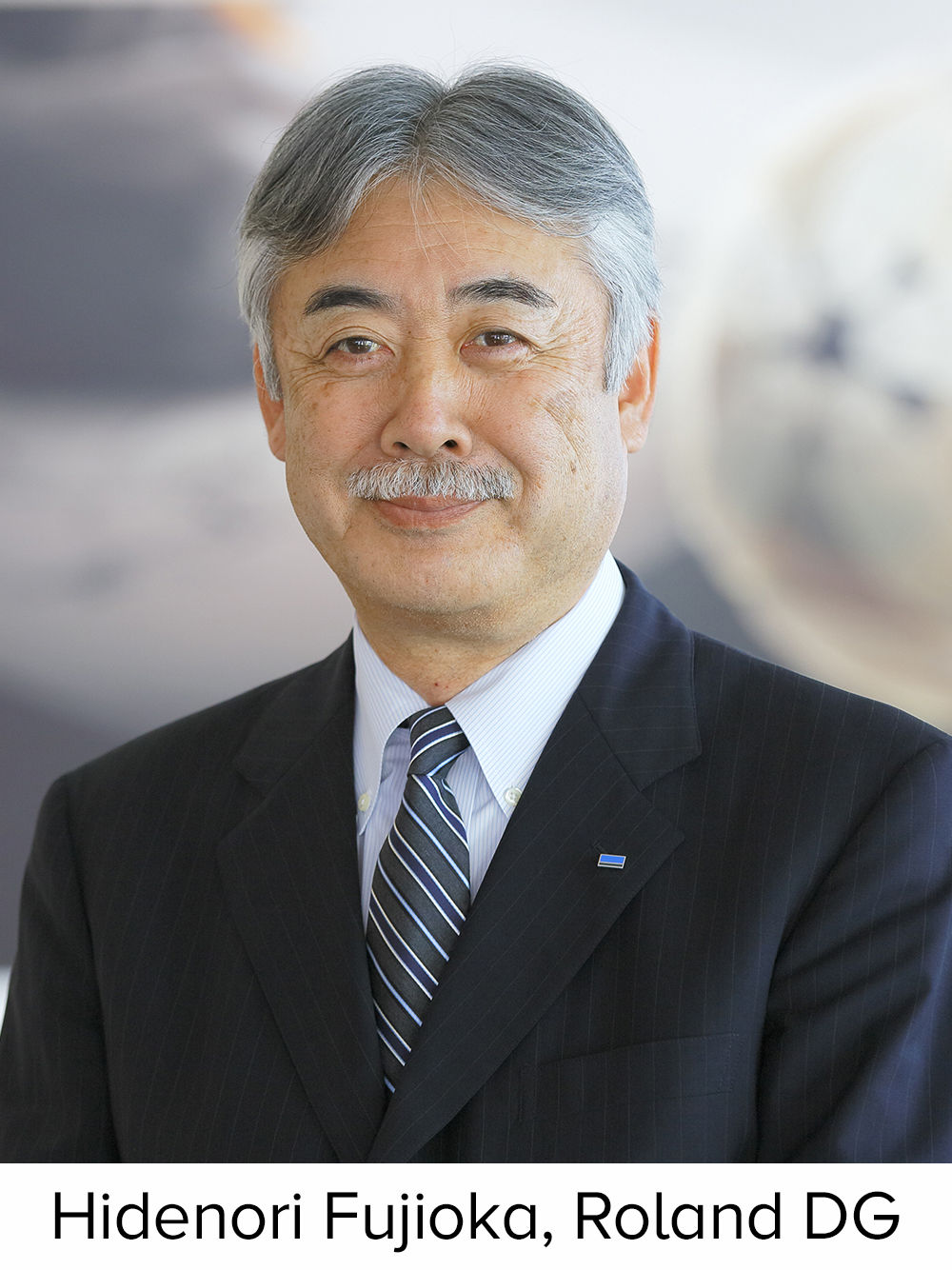