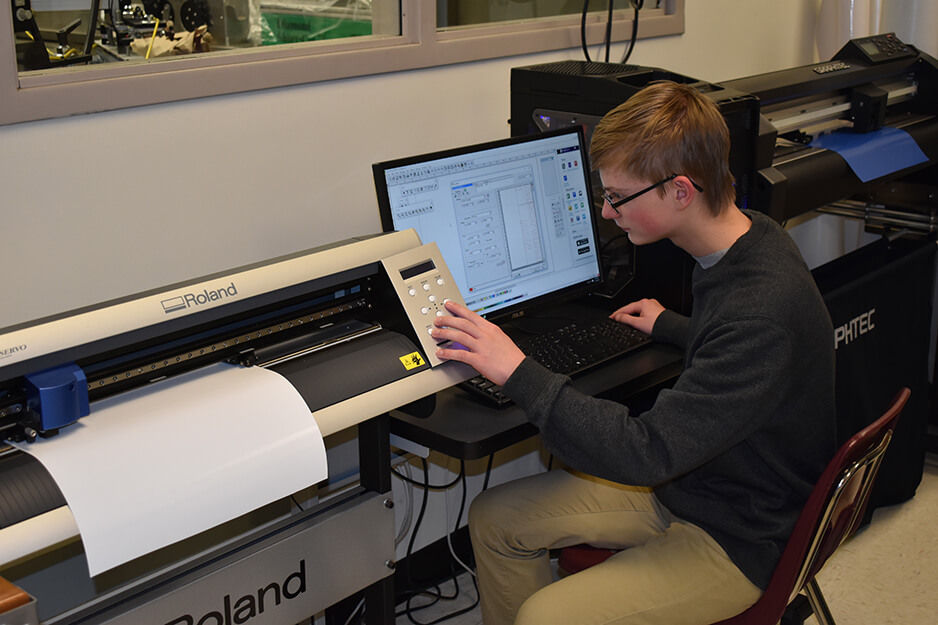 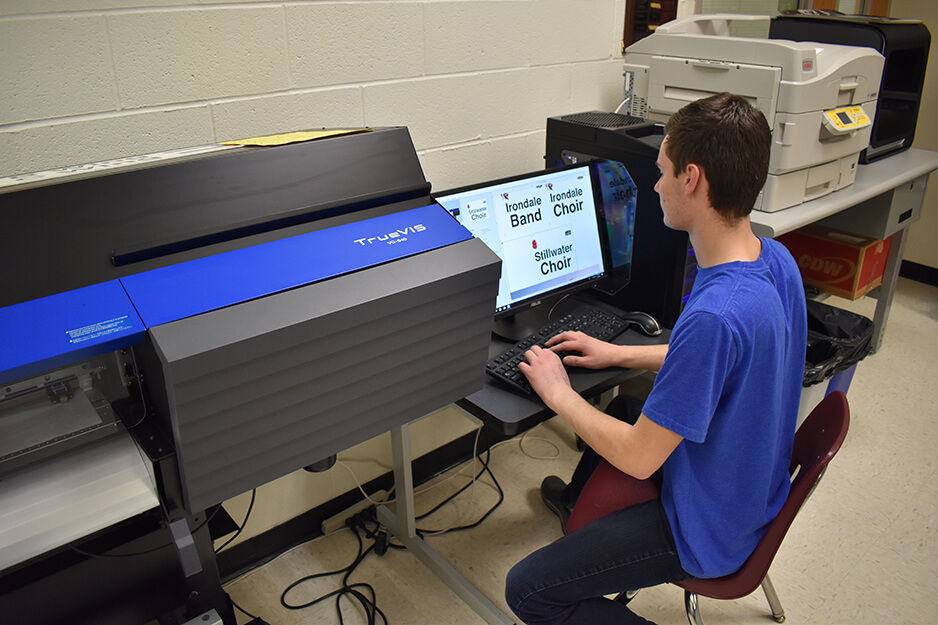 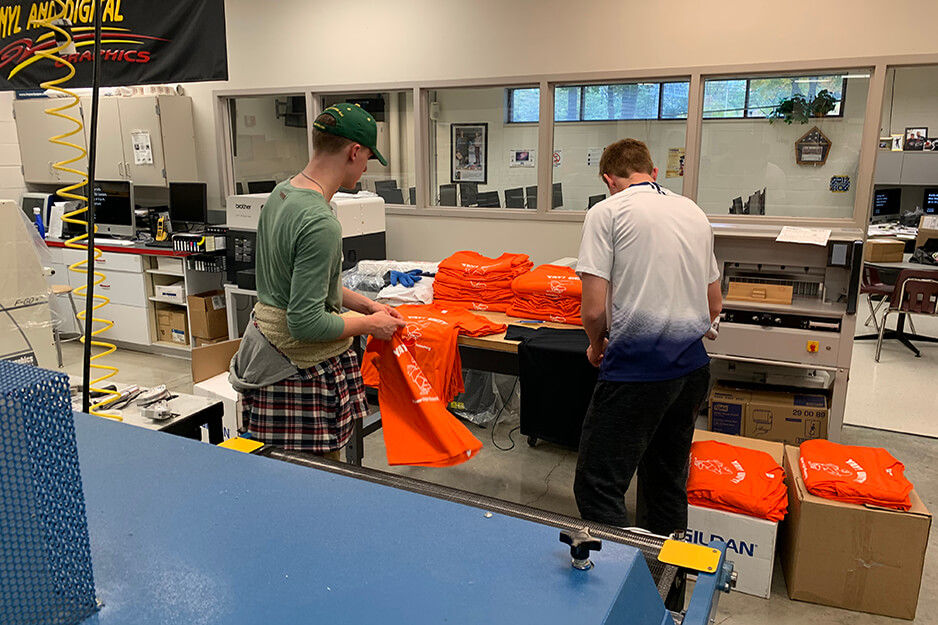 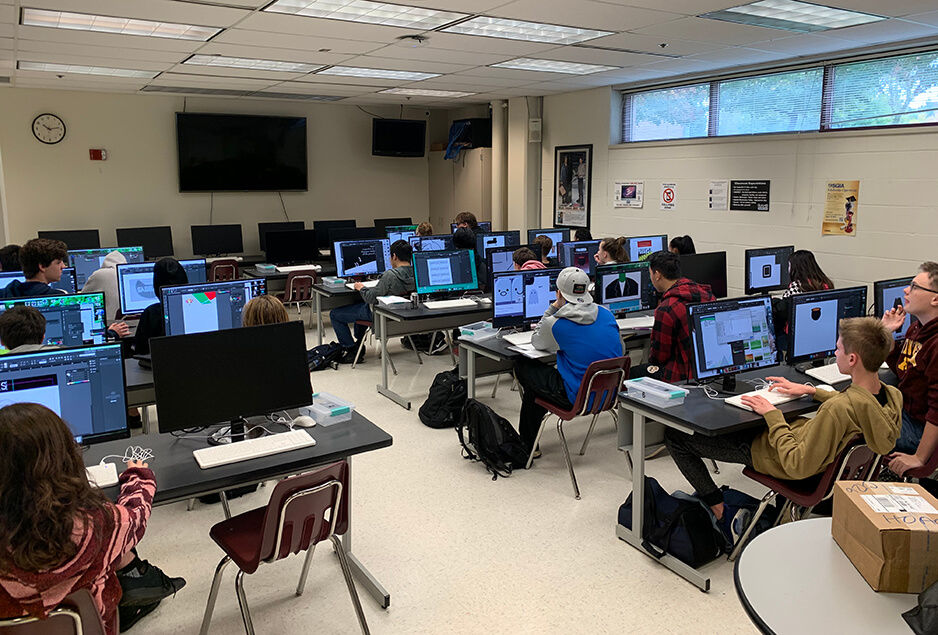 Brian Hoag is the Lead Media Arts Instructor at Roseville Area High School in Roseville, Minnesota, where he has established a student-run print shop that brings in six figures a year.

The shop, called Raider Grafix, operates out of an 8,000 square foot facility, and is open four days a week. Products include screen-printed, dye-sublimated, direct-to-garment and embroidered apparel, as well as signs, banners, posters and wall, window and vehicle graphics, business cards, flyers and brochures.

To create their digitally printed graphics, Hoag and his students rely on a Roland DG TrueVIS VG2-540 54-inch digital printer/cutter and a CAMM-1 large format cutter. “Roland DG is a leader in an industry that continues to evolve,” said Hoag. “Our first Roland DG ran for 10 years with zero issues.  Now we’re upgrading our VG to the VG2 to take advantage of the additional speed and color gamut options.”

“There's so much we can do, and the kids are ready to do it.”

Clients of the shop include Roseville Area High itself, other district schools and neighboring schools.  They also serve non-profits, sports teams, and events like the Twin Cities Jazz Festival.

Teaching Students How to Run a Business

After moving through the basic coursework, students can enroll in Hoag’s Production Printing class, where they work on projects for Raider Grafix.  Hoag also hires a few of the most interested students, paying them an hourly wage to stay after school to help produce the orders.

During the Production Printing class, Hoag teaches students the skills needed to run the equipment, and run a business. Students learn how to manage expenses on each job, including running profit and loss statements and balance sheets.

Students work in teams of three or four.  Hoag emphasizes that nothing should leave the shop until students are ready to put their names on it.  Every order includes a thank you note signed by the team members.  “That note of appreciation has brought in more business than anything else I’ve ever taught or learned,” said Hoag.

Sharing His Formula for Success

The success of the Raider Grafix program has brought attention to the school, including from other educators who want to learn how to set up their own programs.

Hoag’s work is also being recognized by the printing industry. In 2019, Hoag was the first high school educator to be inducted into SGIA’s Academy of Screen and Digital Printing Technology.