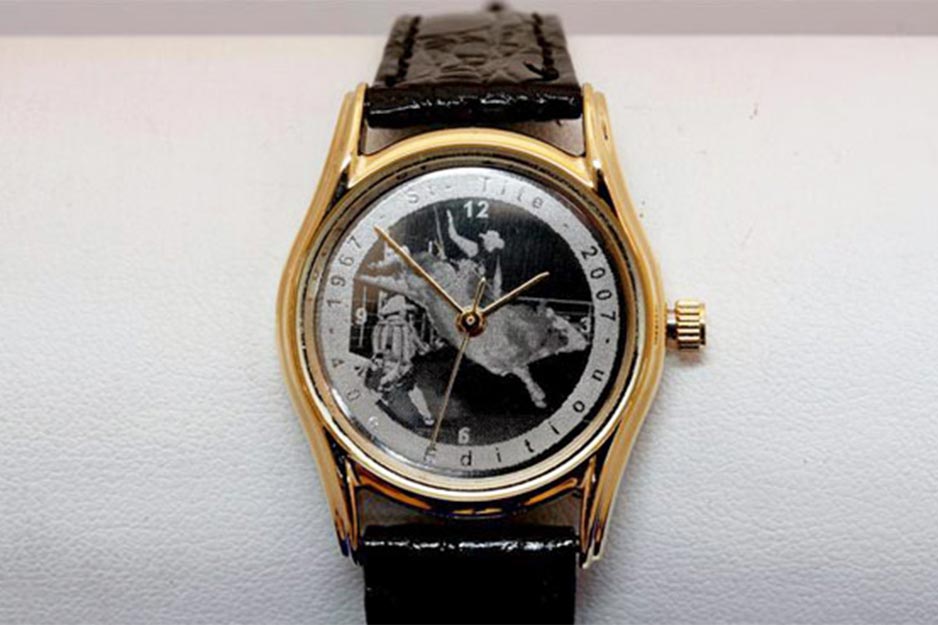 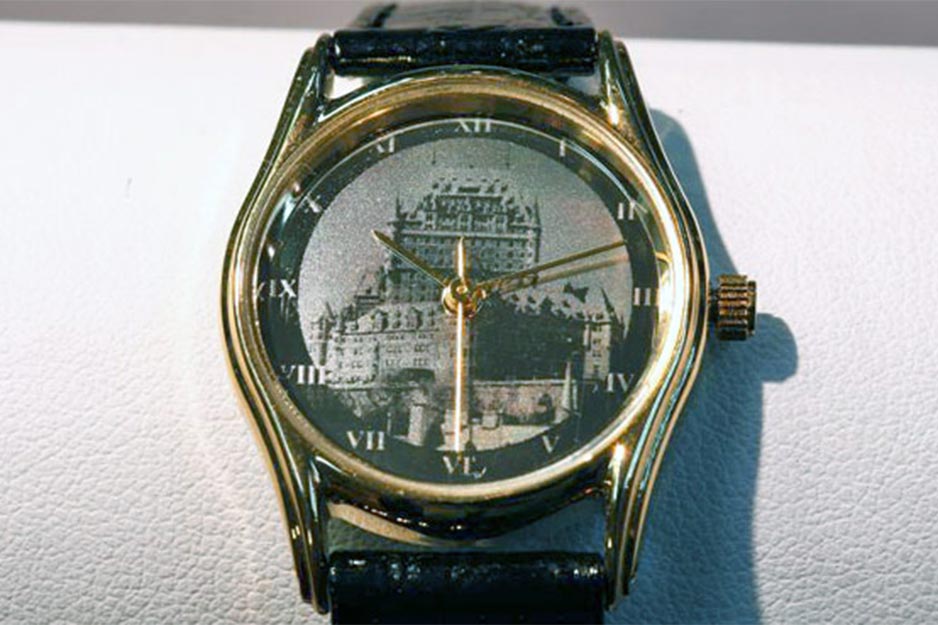 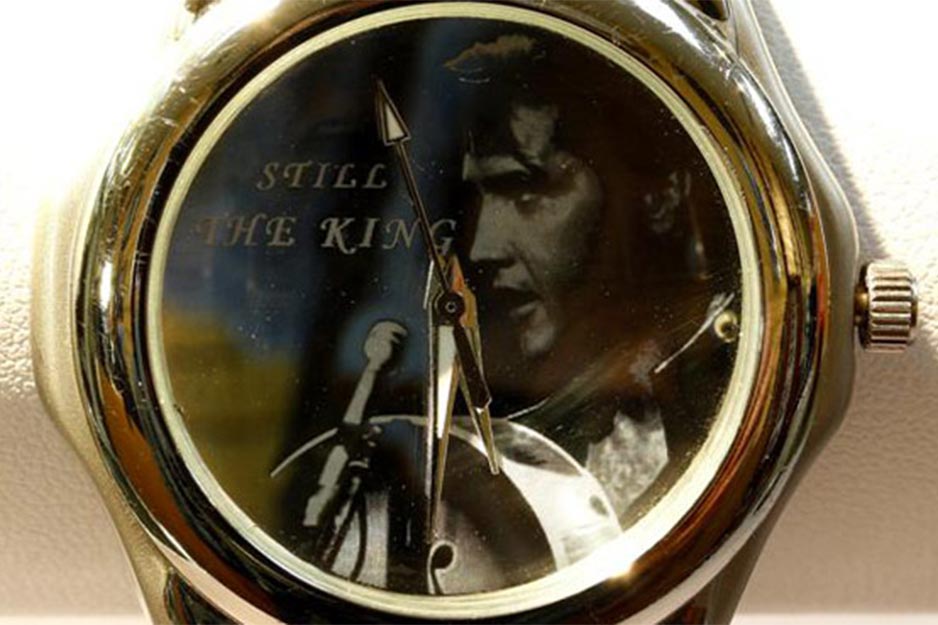 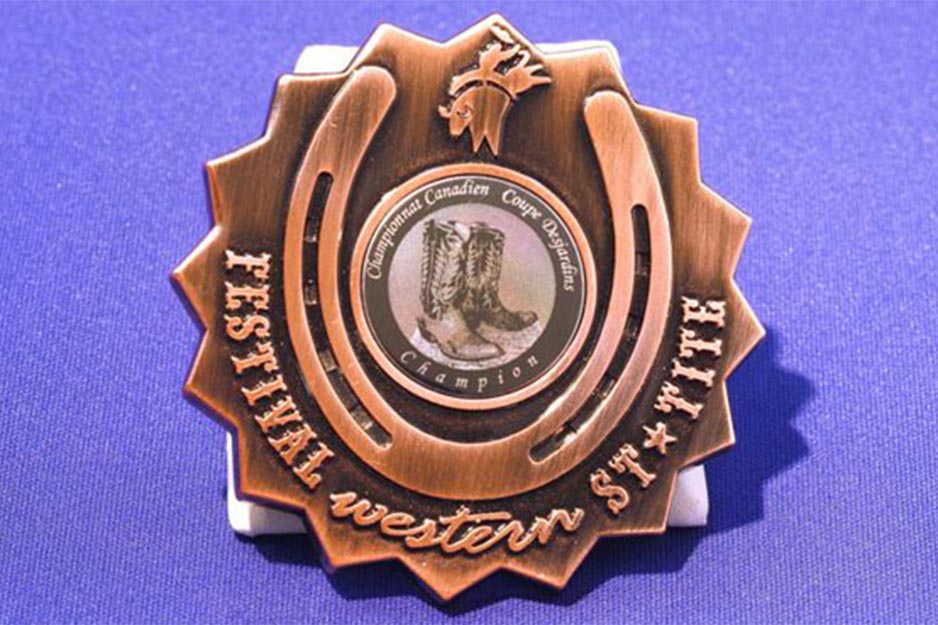 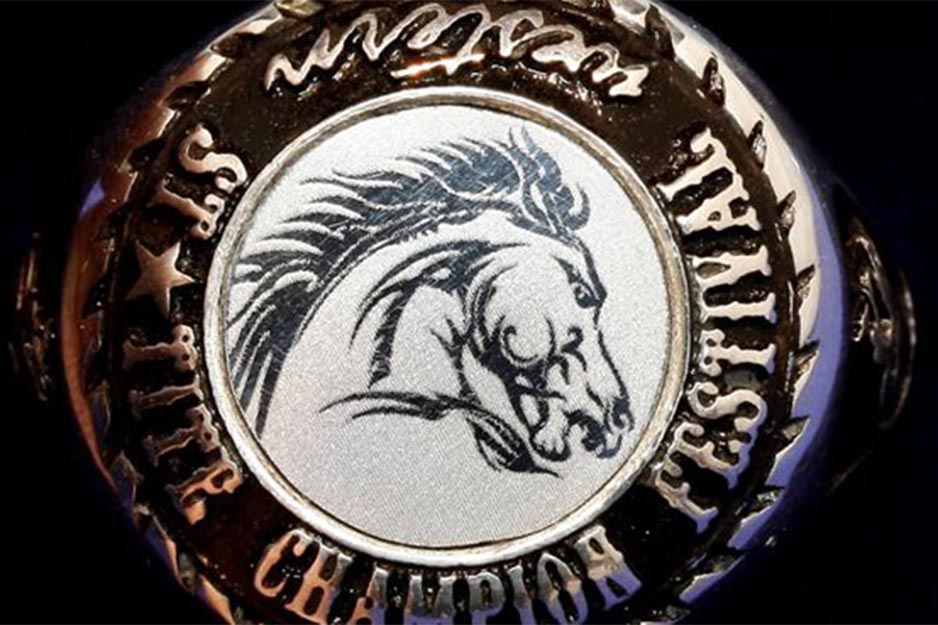 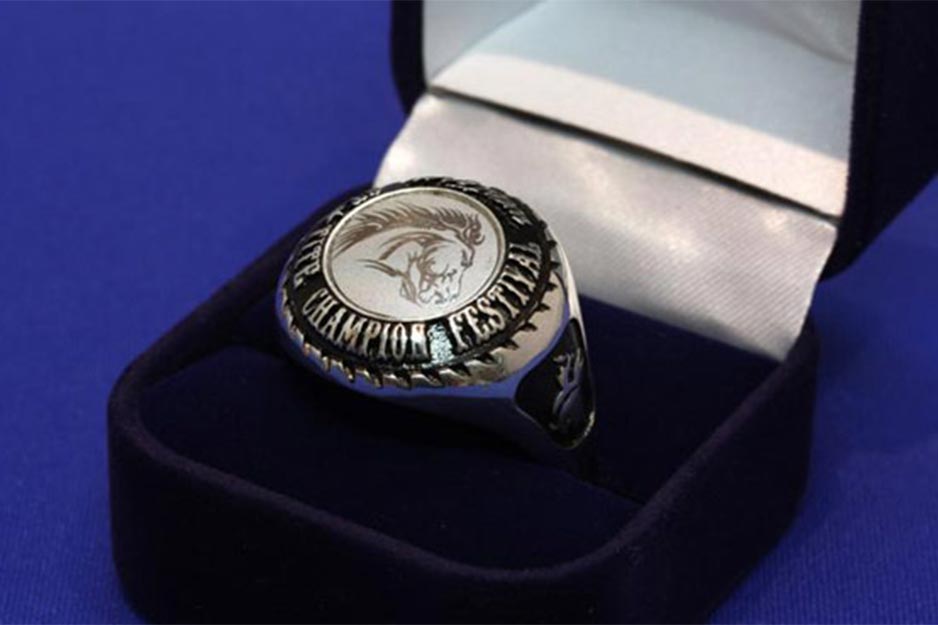 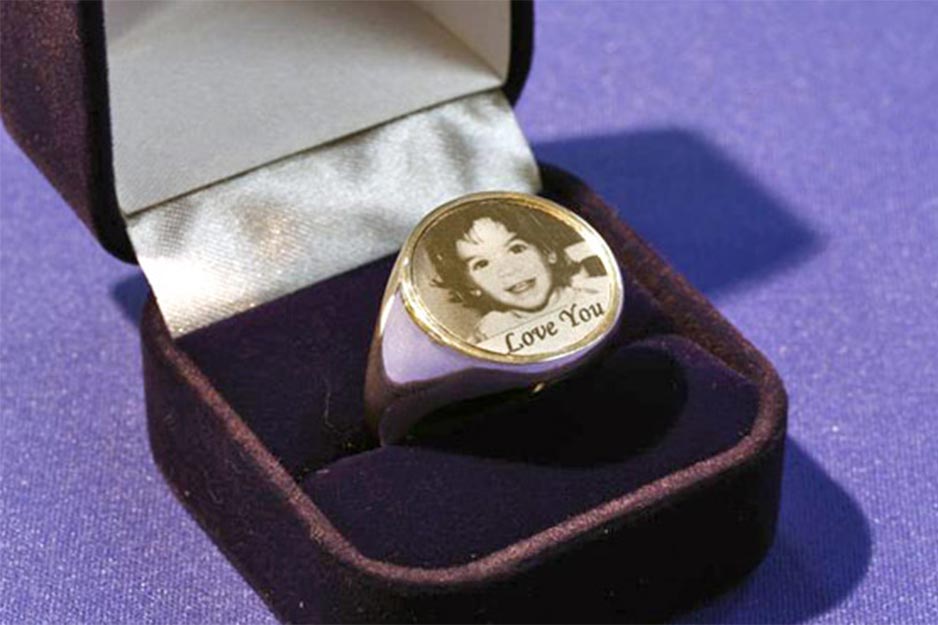 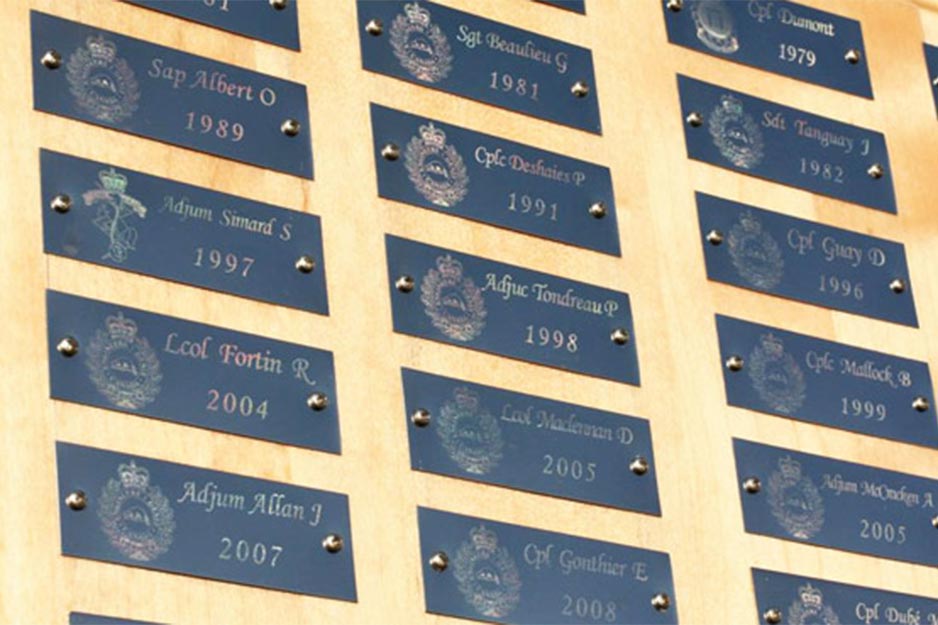 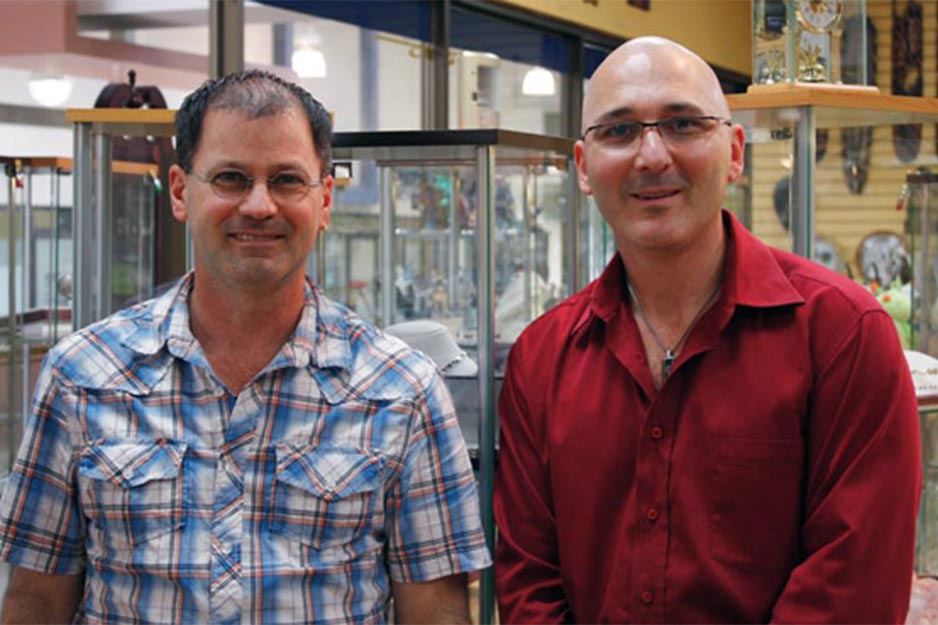 Claude Fournier is a jeweler with a passion for custom work. Since 2006, he has been producing a unique product at Bijouterie L’Ormiere in Quebec, Canada, that draws customers to his website and his doorstep: photo impact printing on watch faces.

From inspiration to finished product was a long road. Fournier first conceived the idea right out of jewelry school, but wasn’t sure which engraving method to use. He tried a range of approaches, beginning with outsourcing the project to a laser engraving shop in Toronto. “I kept sending pictures and materials to the company and we kept getting back the wrong size and wrong thickness. The turnaround time was two to three weeks and the images were not clear. It was a real problem,” said Fournier.”

He turned to a friend he had met in the military, Jean-Yves Levesque, who, in addition to jewelry training, is a machinist and computer specialist. At the Montreal Jewelry show, they found their solution in the Roland DG METAZA MPX-70 impact printer. “Seeing the MPX-70 in action, we knew this machine could do what we needed,” said Fournier. “The images were crisp and extremely realistic, of much better quality than laser engraving.”

"Seeing the MPX-70 in action, we knew this machine could do what we needed,” said Fournier. “The images were crisp and extremely realistic, of much better quality than laser engraving."

After finding a supplier in China for the watch faces, Fournier and Levesque began refining their workflow. Using Roland DG’s Dr. Metaza 2 software, they designed templates for the numerals on the watch face, and machined specialized jigs to hold the watch face in the center of the impact area. They tested and perfected their process, aligning the design on the watch faces to .1 mm accuracy.

Now, to create a completed photo impact printed watch, Fournier scans in a photo or logo provided by the client. Fournier then makes any necessary adjustments to the light and dark proportions for optimal impact printing. If the client is available, Fournier can show them the photo immediately on the computer screen, as well as demonstrate several different tones made possible by the software.

Next, the customer selects a style for the watch face numerals and Fournier loads the photo into the chosen style template. Then Fournier uses the MPX-70 to print the watch face. Once the customer has approved the print, Fournier assembles the watch. “Our advantage is that we are jewelers, so we know how to carefully reassemble the watches,” said Fournier. “It is more complex than many other applications, but the results are worth the effort.”

Because of the ease of printing, Fournier is able to offer same-day turn-around if needed. Clients often come to him for watches commemorating a special occasion, such as a 25th anniversary. “They bring me a photo from the couple’s wedding day, and we can reproduce all the detail very accurately on beautiful watches,” he said. Fournier has also had requests for photo impact printed watches for birthday celebrations or to commemorate the life of a loved one.

Fournier follows the same process for corporate orders, sending out a sample of the impact printed watch face to the client for approval before assembling the watches. Typically, the corporate clients are looking for their logo on the watch face. Sometimes, the job is more complex, such as a 50th anniversary watch Fournier produced for the Pewee International Hockey Association. The Association’s extremely detailed anniversary graphic was difficult for other manufacturers to reproduce. “No other watch company, including Timex, could get all the details in the watch,” said Fournier. “I showed them a sample in one day. The fine lines I could create won me the contract.”

Fournier and Levesque have branched out and now create awards and metals with customized photo impact printed centers for local and national events, including the Festival Western de St.Tite in Quebec, which is the second biggest stampede in North America. They offer awards that incorporate a separate design for each event at the competition as well as medals with the festival logo. They have also begun making trophy rings with photo impact printed inserts for events such as the Canadian Cup Rodeo Championships.

The two former military men are perhaps most deeply affected by the work they do for the Canadian Armed Forces. In addition to providing commemorative watches for years of service in the Forces, the shop engraves stainless steel nameplates for the Quebec regiment’s monument to its fallen soldiers. Fournier and Levesque created the design for the nameplates and engrave each one with the soldier’s name and trade logo. “These are men we used to work with, and we want to show our respect and honor them the best way we can,” said Fournier.

Fournier’s business has been growing largely by word of mouth. “Every watch we print is an advertisement for our business,” said Fournier. His website, in French and English (montrehologramme.com and holographicwatch.com) brings in about 40% of his orders. Fournier strives to keep his products affordable, offering several photo impact printed watch models for less than $100.

Fournier enjoys his work and the reactions he gets from the quality designs he produces. “What I love most about this product is that when you show the client what you can do, they are speechless,” said Fournier.