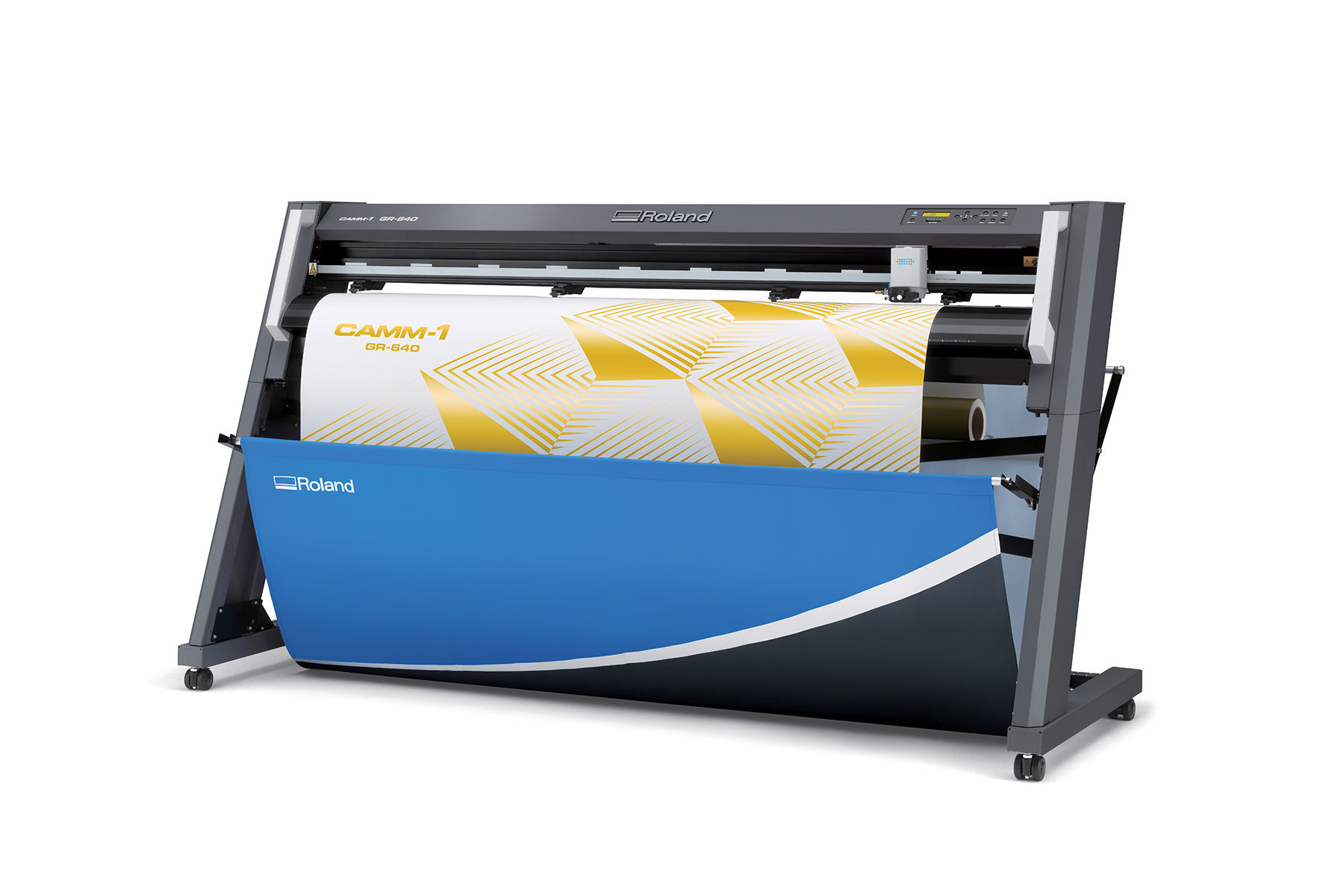 Irvine, Calif., March 7, 2017 – Roland DGA has announced the launch of its new CAMM-1 GR series – next generation large-format cutters engineered from the ground up to deliver best-in-class cutting quality and productivity. Combining rugged construction with a host of advanced features, the GR series offers users unsurpassed speed, accuracy and versatility.

Every GR series cutter features an “L-shaped” integrated machine and stand design that ensures optimum stability, even when cutting at speeds of up to 58.5 inches/sec (1,485 mm/sec). In addition, GR series cutters offer up to 600 gf of down force, for the power needed to cut through thicker media with ease and precision. Each model is also equipped with a new dual-position tool carriage that makes the transition from kiss-cutting to perforating seamless. Repositioning the blade from the front holder to the second blade holder over a groove in the platen eliminates the need to frequently replace the protection strip on the device.

GR series cutters are capable of reading crop marks generated by the most popular industry-wide software, which gives the cutter total flexibility to be paired with existing large-format printers in the market. With a choice of GR cutters available – the GR-640, GR-540 and GR-420 – users can select from 64-inch, 54-inch and 42-inch cutting widths to suit their specific needs.

Roland’s GR series cutters feature an advanced media feeding system that helps optimize performance and production. Electronically adjustable pinch rollers allow the pressure to be adjusted to 10 pre-set levels with the touch of a button for smooth feeding of any media thickness. Each GR cutter also offers up to 10x overlap cutting for slicing through difficult-to-cut substrates, plus a tangential emulation function for precise corner cutting when cutting letters from thicker materials. For increased convenience, there’s a built-in media basket that makes collecting cut sheets easier than ever.