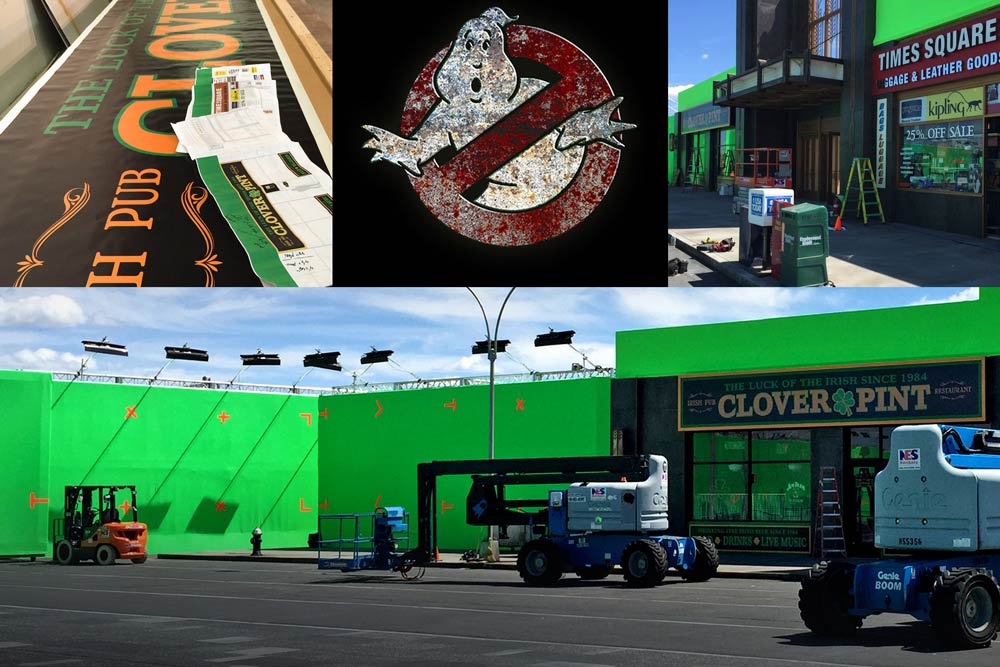 Irvine, Calif., July 14, 2016 – Ghostbusters – a 2016 reboot of the classic 1984 supernatural action/comedy film – is set to open nationwide this Friday, July 15. In the new version, an all-female ghost-busting team (Melissa McCarthy, Kristin Wiig, Kate McKinnon and Leslie Jones) take on a massive number of slimy ghosts and ghouls threatening to take over New York City. In addition to all the CGI movie magic needed to bring these creepy characters to life, making the sets look real was a monumental task. To help bring the set to life, the film’s producers called on graphic designer Martin Charles. Using his considerable talents and his Roland wide-format printer, Charles gave an authentic look to everything from faux building walls and surface textures to the street signs, labels and bottles in the Ghostbusters’ lab.

Charles, the founder of Santa Monica-based SagaBoy Productions is no stranger to Hollywood circles.  He has helped design and create realistic sets for more than 50 feature films and television productions, including movies such as “42,” “Public Enemies,” “Love and Other Drugs,” “Charlie Wilson’s War,” and the HBO hit series “The Newsroom.” However, producing the wide variety of detailed sets for Ghostbusters, which ranged from mid-town hotels to Times Square to haunted mansions, definitely required the best his skills and equipment had to offer.

“Rebooting this legendary movie franchise was a great opportunity and an intriguing challenge,” said Charles. “We needed to preserve all the familiar graphic elements while bringing in a few modern twists.” 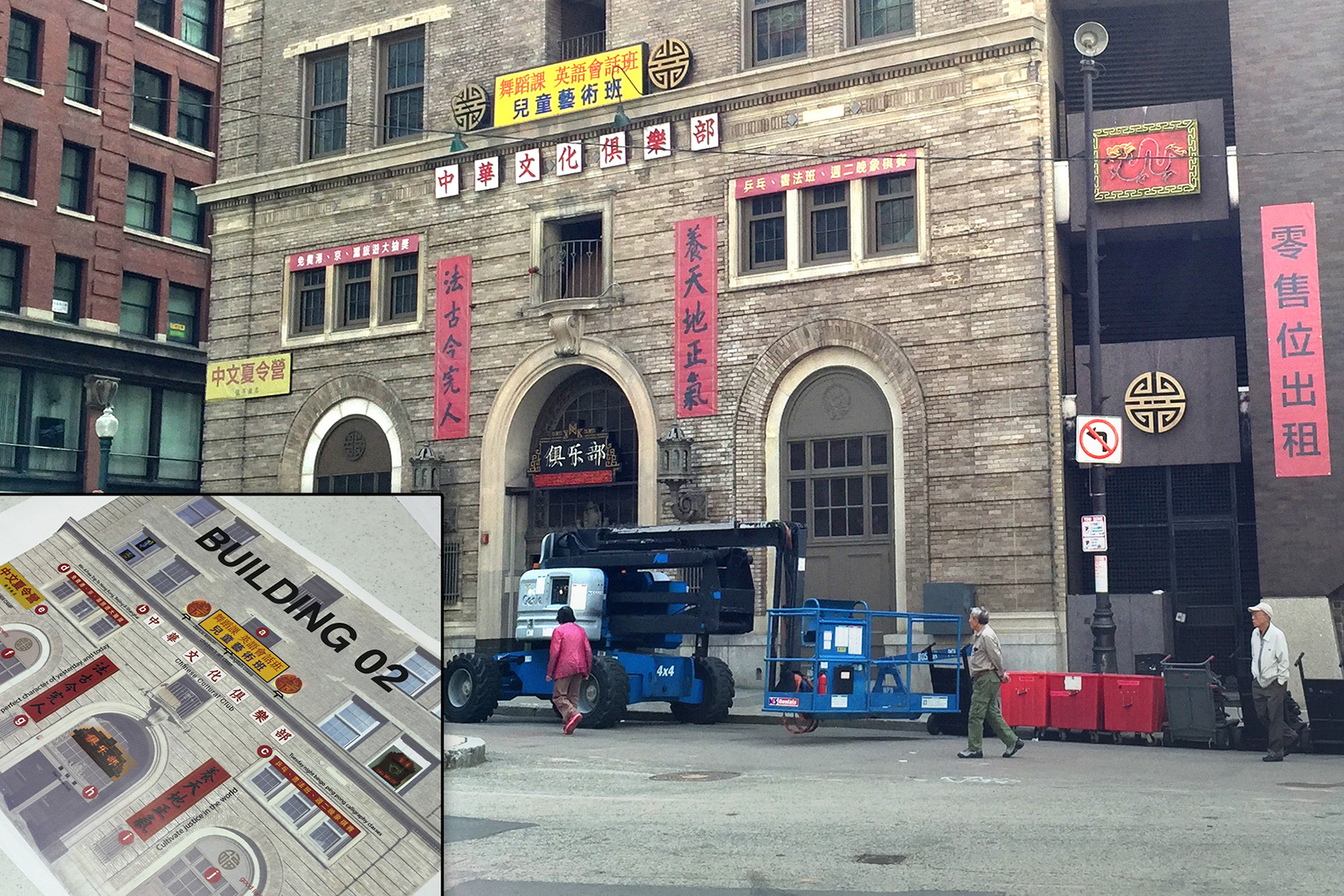 “It all translated into an incredible amount of work,” noted Charles, “Fortunately, my Roland inkjets allowed me to print just about anything you can imagine on the set quickly and easily. That was crucial in meeting the tight deadlines dictated by the Ghostbusters shooting schedule. I also relied on the help of two additional graphic experts – Stephanie Charbonneau and Kelly Hemenway – to get the job done.”

To produce the full range of graphics needed for the film, Charles employed a 64-inch Roland SOLJET® Pro 4 XR-640 large-format color printer/cutter and Roland Eco-Sol MAX® 2 inks. “Having a product like the Roland, which can handle all of our graphics needs, is a huge plus,” he said. “In addition to providing stellar quality production, the XR-640 has built-in printing and contour cutting capability, so with one machine, we can do it all.  The Eco-Sol MAX 2 inks helped ensure outstanding results as well, allowing us to hit the color mark every time and achieve fine close-up details, which were often required for Ghostbusters.”

For scenes that included a re-created Times Square and simulated rock concert, Charles produced photo images, backlit signage and images, billboard banners, and a variety of smaller signs. This output was printed on a range of materials, including artist canvas, varying weights of vinyl media, photo paper, poster paper and adhesive fabric. To set the backdrop for one interior scene, Charles even needed to produce over 3,000 square feet of printed wallpaper graphics.

In total, Charles worked for close to eight months on Ghostbusters, including a four-month shoot. When designing each set, Charles worked backwards from the shoot date, allotting time for the appropriate approvals from the designer and director.

“I wouldn’t do any movie without my Roland,” Charles stated. “Getting a ‘thank you’ from the director and a personal e-mail from the producer saying ‘See you on my next movie,’ is proof of satisfaction. Everyone was quite happy, and I think the viewers will be too!”

Roland DGA Corporation serves North and South America as the marketing, sales and distribution arm for Roland DG Corporation. Founded in 1981 and listed on the Tokyo Stock Exchange, Roland DG of Hamamatsu, Japan is a worldwide leader in wide-format inkjet printers for the sign, apparel, textile, packaging and vehicle graphics markets; engravers for awards, personalization and ADA signage; photo impact printers for direct part marking; and 3D printers and CNC milling machines for rapid prototyping, part manufacturing and the medical and dental CAD/CAM industries. Roland DGA is ISO 9001:2008 certified, and Roland DG is ISO 9001:2008 and 14001:2004 certified. To learn more about Roland DGA, or the complete Roland product lineup, visit www.rolanddga.com.